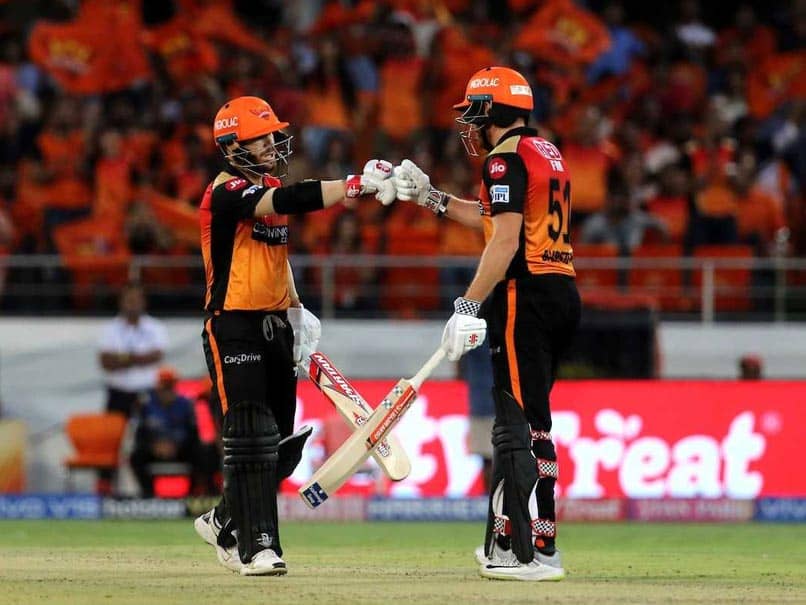 IPL 2020, SRH vs KKR: SunRisers Hyderabad are currently fifth on the points table, with 6 points.© BCCI/IPL


SunRisers Hyderabad (SRH) and Kolkata Knight Riders (KKR) have been really inconsistent with their performances in this year’s Indian Premier League (IPL), winning three and four matches respectively. KKR playing under their new skipper Eoin Morgan faced defeat at the hands of defending champions Mumbai Indians, while SunRisers Hyderabad are coming off two successive losses. Both sides would like to take advantage of the mistakes made by their vulnerable opposition and get their campaign back on track. KKR are currently fourth on the points table with eight points from eight matches, while the 2016 champions are below them with six points from same number of games.

In the last meeting between these two sides earlier this season, the Kolkata-based outfit got the better of the team from Hyderabad, beating them comfortably by seven wickets.

Shubman Gill was the star for KKR in that game, scoring 70 not out off 62 balls. KKR would hope that their leading run-scorer this season carries their innings in a similar manner and build a solid foundation for the explosive batsmen down the order to exploit.

Hyderabad’s bowling attack led by leg-spinner Rashid Khan has been impressive so far this season and they have three bowlers in the top 15 on leading wicket-taker’s list, while KKR have only one in top 20, in the form of Varun Chakravarthy who occupies the last spot with six wickets to his name.

While it’s a crucial game for both sides, the contest holds much more significance for David Warner and his team as they are tied on points with Chennai Super Kings and Rajasthan Royals, after playing same number of games. They would be eager to change that and the extend the gap between them and two former champions below them. The silver lining for SRH, however, is that they have a positive net run-rate and a win against KKR will take them in the top four.

KKR, on the other hand, would be hoping to consolidate their position in the top-half of the IPL 2020 Points Table by adding two more points to their tally. With so much at stake both teams can’t afford to repeat the same mistakes anymore and will be expected to bring their best game when the two sides take field.

AI can detect COVID-19 by listening to your coughs

CNN Polls: Biden leads in Michigan and Wisconsin as campaign ends, with tighter races in Arizona and North Carolina

Aleem Dar, the 52-year-old from Pakistan, will go past South African Rudi Koertzen's mark for officiating in the most ODIs as an on-field...
Read more

Tip of the week: Halloween safety

HALLOWEEN SAFETY Halloween is coming. Many people view Halloween as a time for fun and treats, dressing up in costumes, and attending spooky parties. It...
Read more