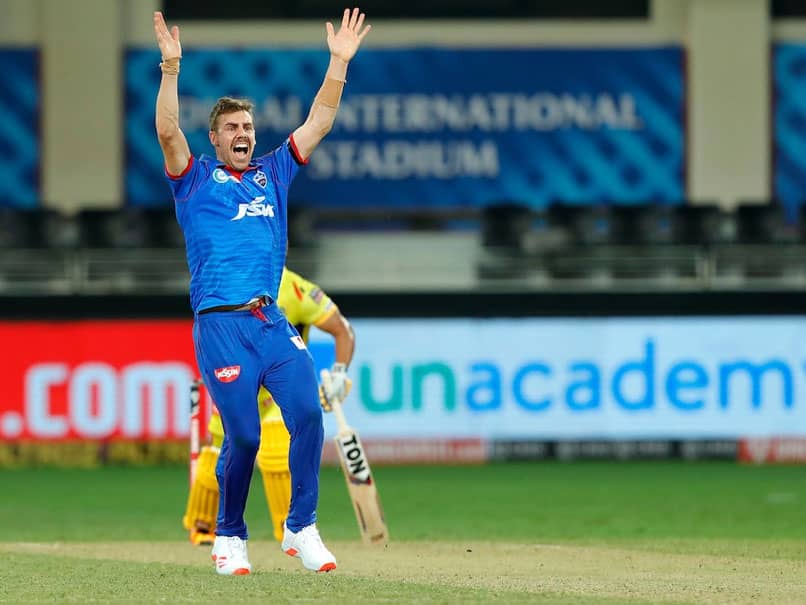 DC vs CSK: Anrich Nortje has 10 wickets from eight matches at an economy of 7.34.© BCCI/IPL


In Anrich Nortje and Ambati Rayudu, we have two of the more understated people of IPL 2020. Rayudu has learned that it does not work to show angst against the Indian cricket board and players and has opted to go and score runs and not speak put of turn. Nortje, on his part, really doesn’t say much but his eyes communicate enough for the batsmen not to take too many liberties. Many batsmen have found this out at their expense. So, any meeting between these two on Saturday could be quite the face-off, with neither particularly given to stepping back.

Rayudu has identical scores of 42 in the last two games, one win and a loss for CSK. What make this important is that somehow the Chennai Super Kings opening pair of Shane Watson and Faf du Plessis is beginning to fade, especially the South African. Lower down, MS Dhoni is not finding his range. So that makes Rayudu’s success critical.

He has scored 198 runs from six matches with a strike rate of 121.51, not a tearaway but at least he gets the runs on the board.

Nortje has complemented his South African compatriot Kagiso Rabada admirably. Nortje was an unknown commodity in Indian cricket circles till now, but evidently someone in the DC management did a good job of selecting him.

He bowls really fast and has 10 wickets from eight matches at an economy of 7.34, possibly making it one of best IPL debut seasons (he missed out in 2019 due to injury after being bought by Kolkata Knight Riders).

But he has still to deliver and ensure that Delhi Capitals stay on top, or at least as close to it as possible.

CNN Polls: Biden leads in Michigan and Wisconsin as campaign ends, with tighter races in Arizona and North Carolina

Diwali is fast approaching and the wedding season has kicked in, amid the coronavirus pandemic. In the national capital, while orders for lehengas,...
Read more

Tip of the week: Halloween safety

HALLOWEEN SAFETY Halloween is coming. Many people view Halloween as a time for fun and treats, dressing up in costumes, and attending spooky parties. It...
Read more

Michigan State upsets No. 13 Michigan behind receiver Ricky White and...

Bledisloe Cup 2020: Wallabies vs All Blacks, Australia vs New Zealand,...