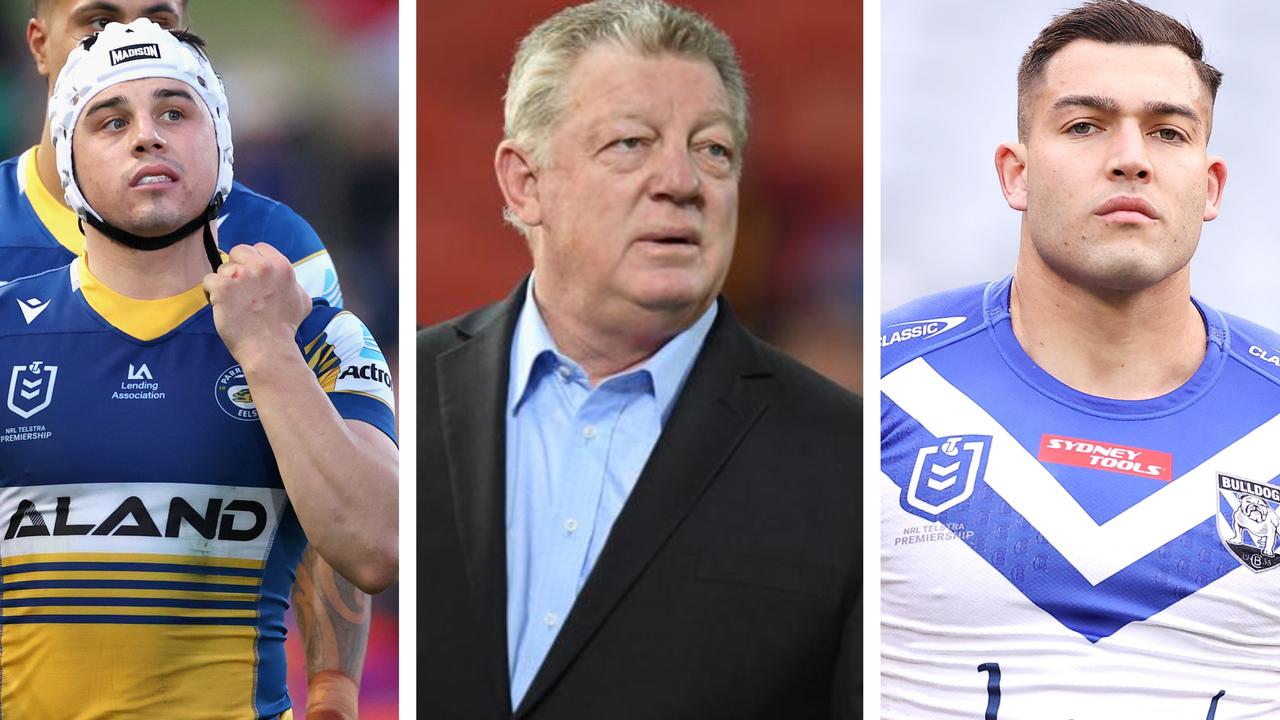 The Bulldogs’ recent big-fish signings, Reed Mahoney and Viliame Kikau, have raised concerns over the club’s salary cap situation for the 2023 season.

That’s on top of the hefty salaries the likes of Luke Thompson, Nick Cotric and Tevita Pangai Jr stand to earn in 2023.

The Sydney Morning Herald reports that the club will look to promote players from its New South Wales, Jersey Flegg and SG Ball teams to fill those spots.

Canterbury’s general manager of football, Phil Gould told the board on Thursday night that the club is planning on signing up to five players from the pathways teams to the top 30 for 2023, according to the Herald.

The Bulldogs will have plenty of cattle to choose from after it was announced last month that the club will bring back its own New South Wales Cup side next season, while also continuing its partnership with feeder side Mounties.

However, despite the vision to promote younger players from within, there’s fears the club will almost be forced into releasing at least one big-money player before 2023 to ease cap pressure.

According to multiple reports, Nick Cotric, Luke Thompson, Kyle Flanagan and Corey Allan are the players the Bulldogs are willing to let go early.

HOOPS: Eels up the ante in desperate 1.5m bid to keep Mahoney as Bulldogs circle

INSTA POST: ‘I want to knock something on the head’: Nicho Hynes clarifies sexuality

Cotric joined Canterbury-Bankstown on a rich three-year deal at $650,000-per-season. He was the first big-name player to sign as the club began its rebuild.

However, the 23-year-old has been heavily linked to a return to the Raiders, while he has also reportedly been shopped to the Eels and Wests Tigers.

Thompson had been linked to the Tigers — even coach Michael Maguire confirmed in August there was some interest in the Englishman — but nothing ever came of it. His $800,000 salary is chewing up a great deal of the Bulldogs’ cap.

Meanwhile, Flanagan and Allan are both said to earn $500,000 in 2023 — a startling amount given both aren’t guaranteed to land a spot in coach Trent Barrett’s 17.

However, there seems to be little interest in the pair from rival clubs.

Unless the Rugby League Player’s Association can negotiate an increase, the 2023 salary cap will be $10 million.

The Daily Telegraph claims the Bulldogs’ 2023 roster has already taken up close to $8.85 million, leaving just $1.15 million to fill the remaining spots. However, add in Mahoney’s salary and that figure drops to $500,000.

Gould’s plan to fill half of the final spots with low-money deals for players from the pathways system leaves big question marks over the future of several players that come off contract at the end of 2022.

Matt Dufty and Paul Vaughan have just joined the club on one-year, lowball deals looking to revive their careers. If both players have a good season, their value will increase — but the Bulldogs won’t have the cash to keep them both.

As is the case for Raymond Faitala-Mariner, who is expected back from a foot injury in the early rounds of next season.