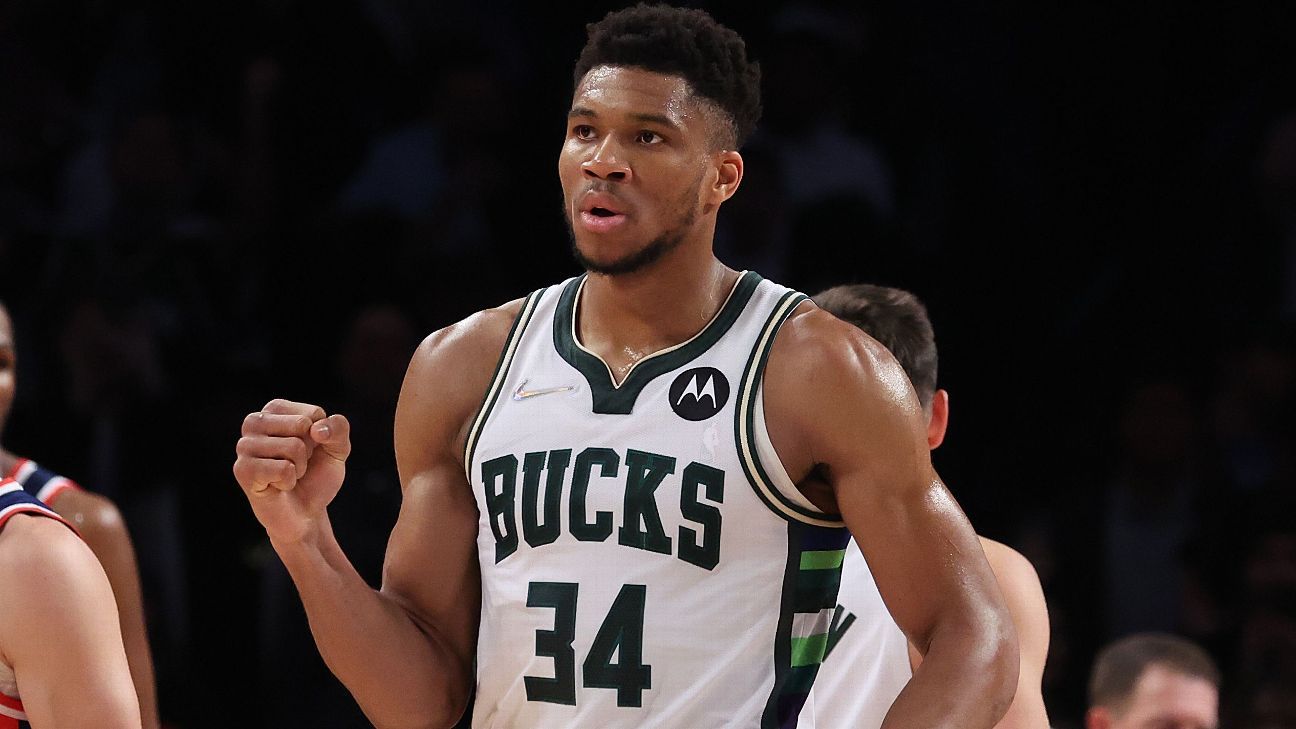 Nikola Jokic remains the consensus odds-on favorite to win the regular-season MVP award at sportsbooks, but a big week from Giannis Antetokounmpo has put the Milwaukee Bucks big man back in the mix.

At 12-1 entering the week, Antetokounmpo’s MVP odds were as long as they’ve been all season. That would change after back-to-back big performances against the Philadelphia 76ers and Brooklyn Nets. He scored 44 points, including a late 3-pointer to force overtime, and grabbed 14 rebounds in the Bucks’ 120-119 win over the Nets on Thursday. He had 40 points and 14 rebounds in a win over the 76ers on Tuesday.

A spokesperson for Caesars Sportsbook said while Antetokounmpo has attracted the second-most MVP bets behind Booker and the second-most money wagered behind Jokic over the last seven days, the odds movement from 12-1 to 5-1 was caused primarily by performance rather than any increase in betting interest.

Antetokounmpo and LeBron James are each averaging a league-best 30.1 points per game, with Embiid at 30.0 points per game. Jokic, who won last season’s MVP, is ninth in the league in scoring at 26.5 points per game but also is second in rebounds and leads all big men with eight assists per game.