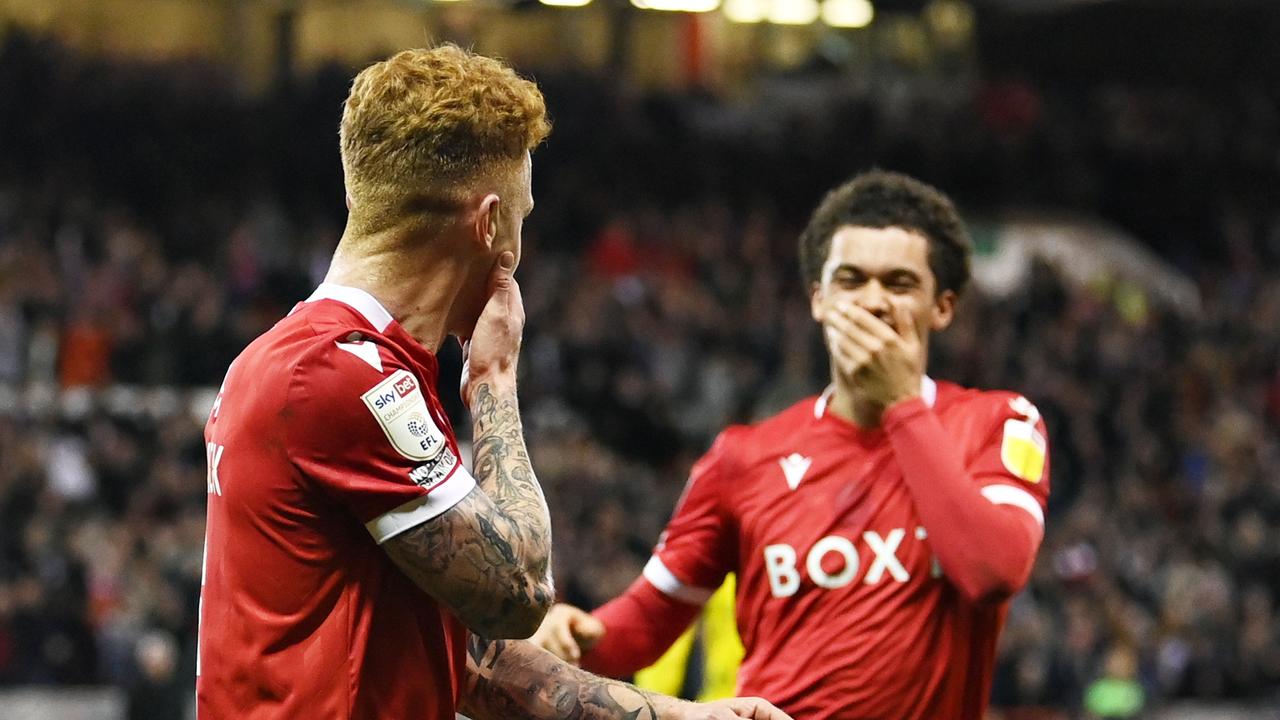 We might just have witnessed the next winner of the Puskas Award for the goal of the year.

The home side were in complete control over West Brom, with Forest leading 2-0 against the visitors who were down to ten men after defender Darnell Furlong was shown his second yellow card in the 17th minute.

The clock was ticking towards halftime when Colback took a throw-in high up the left-hand side of the pitch and found the feet of striker Brennan Johnson.

Johnson popped it back up to Colback, who then unleashed a strike with the outside of his left boot to curl in over a helpless David Button in the West Brom net.

Colback could scarcely believe what had just transpired as he held his hand to his mouth in pure shock.

So too did many of his teammates, who had their hands on their heads in total disbelief.

Social media was also stunned by the scenes that had just transpired, but it also created a great debate: did Colback truly mean to score?

Given his location on the pitch when he hit the ball, it’s easy to see how Colback was going for a cross rather than a shot.

But did he really expect to find the head of Forest striker Sam Surridge, who was the sole presence in a red short loitering around in the West Brom box?

Opinion was split down the middle, although there could be a high correlation between those in the camp of ‘intentional’ and also being a Forest fan.

Speaking to Sky Sports after the game, the man of the hour cheekily confirmed that he had the sole intention of finding the back of the net when he leathered the ball with his left peg.

“I’ve seen it pop up and thought I had to hit it.

“I’ve hit it towards goal and it was nice to see it go in.”

When quizzed as to whether his goal was something he’d perfected on the training ground, the 32-year-old responded: “No, not really.”

“Jack isn’t one to crave any extra praise.

“He’s a bit of a throwback on that front, so I’m not arguing with him.”