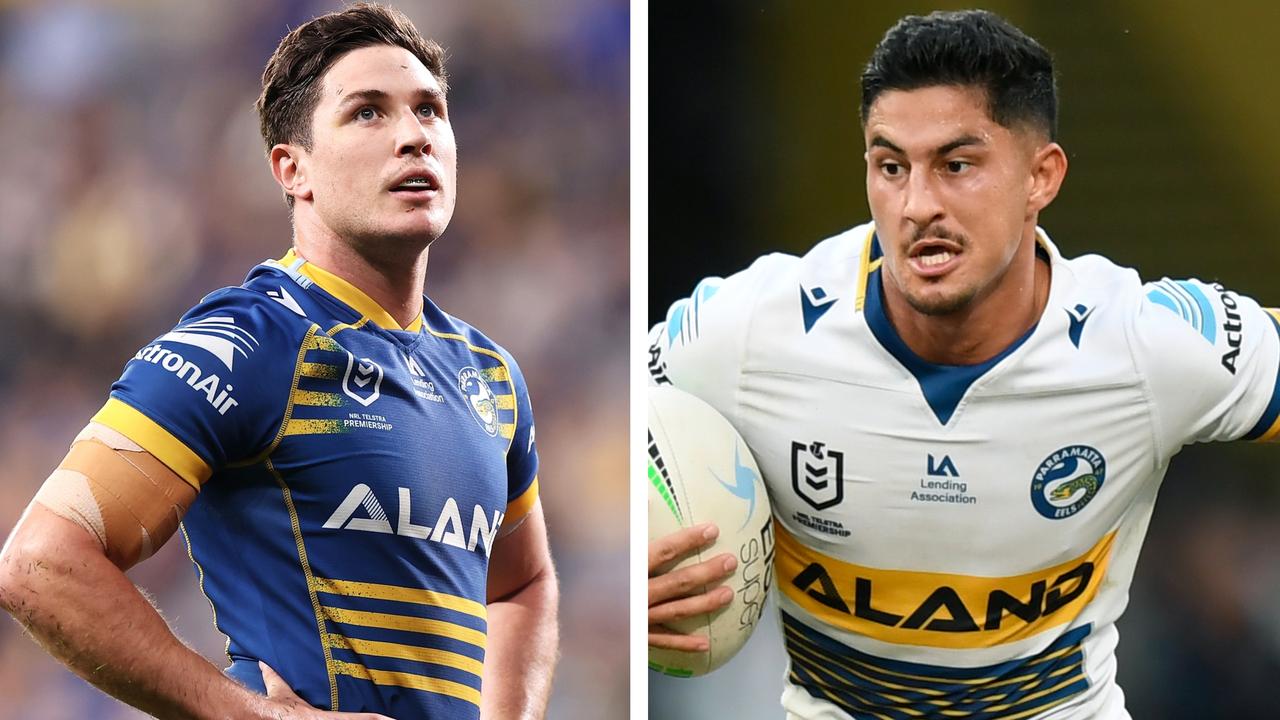 Matty Johns believes the inconsistent Eels should do away with a tactic that creeps into their game, which makes their halves move too laterally without playing what is in front of them.

Speaking on the Matty Johns podcast, Johns questioned whether Brad Arthur should ban drop-off plays where the halves crab across field, in order to play a more direct style that has proven successful for the team.

“Watching Parramatta just a little observation and I’m happy to be shot down here, but they sort of drift in and out of how they should play,” Johns said on The Matty Johns podcast.

“Junior Paulo said it a couple of times playing that power game. He said a funny thing. He said to me, we play our best football at night.

“And I wonder because during the day game and the ball is just smacking you in the hands a little bit when they are moving the ball around, that it leads them to play a little too sideways.

“Watching Dylan Brown. Watching Mitchell Moses and watching the team. If I was Brad I would be considering banning them from playing those drop-off plays. You know those cross plays where you catch the ball and drift across.

MUNSTER: Storm had a big halves choice to make

“Particularly young Dylan Brown because while it is a little investigation and you are settling yourself into the game, but the movement of going sideways can become habit forming. Your thoughts on that?”

Cronk agreed the Eels need to play more direct, but encouraged them and particularly Moses and Brown to have more variation in their passing and running games.

“As long as they have some variations on it i.e. show and go, step and go,” Cronk said.

“Moses did it the other week against the Roosters. Your little drop off play showed the dummy and set up Papalii.

“As long as they don’t fall into the practice of just handing that off all the time I think that can be OK.

“Dylan Brown is very good straight up and down on inside shoulders. Mitchell Moses actually likes to go across field.

“So I don’t mind if they do that, but every now and then throw the dummy and snap off your right or left foot just to keep them alive because if you do the run a couple of times then the drop off might help you the next time you do it.”

Johns believes Moses can fall into the trap of going back to his favourite plays, rather than playing what is in front of him in any given set.

“There has been a couple of times throughout the year where they get away from that direct power game and working off offloads,” Johns said.

“When they start to work to a fast scrum line and they come back to what I think must be one of Mitch Moses’ favourite shapes. One under, two under to a sweep option play.

“And you just see the football instead of penetrating it starts to skim.”

Cronk called for Moses to hit the lead runner with his passing game in order to create more indecision in the defensive line over what he is going to do, to avoid becoming predictable.

“That’s where he probably needs to hit the lead runner,” Cronk said.

“When you are doing one under and two under, you need to straighten up and hit that lead runner a couple of times because you have got to have variations.”