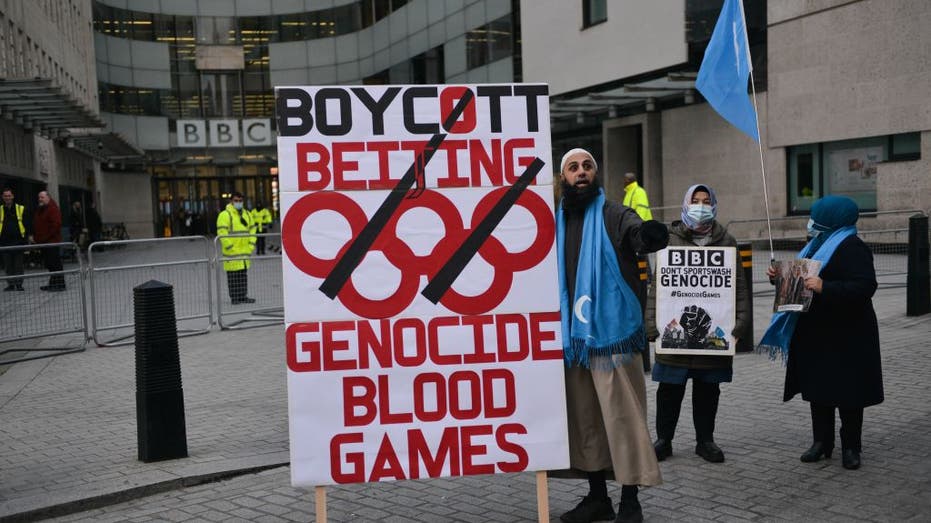 The University of Maryland economist reacts to billionaire investor Chamath Palihapitiya saying ‘nobody cares about the Uyghurs.’

Rep. Ami Bera, D-Calif., weighed in on the controversy surrounding Golden State Warriors co-owner Chamath Palihapitiya, who has received backlash for stating “no one cares” about the ongoing Uyghur genocide in Xinjiang, China.

“Nobody cares about what’s happening to the Uyghurs, OK? You bring it up because you really care, and I think it’s nice that you care, the rest of us don’t care,” Palihapitiya said on the “All-in Podcast” this week in response to co-host Jason Calacanis.

“I’m just telling you a very hard, ugly truth, OK? Of all the things I care about, yes, it is below my line,” the NBA co-owner and Biden megadonor added.

A protester holds a placard during the No Beijing 2022 protest. (Thomas Krych/SOPA Images/LightRocket / Getty Images)

According to FEC data, Silicon Valley billionaire Palihapitiya gave $250,000 to the Biden Victory Fund in support of Biden’s 2020 presidential campaign in July of that year and another $5,600 directly to his campaign. However, the White House has remained silent this week in response to Fox News Digital’s request for comment on the donations from Palihapitiya in light of his recent anti=-Uyghur comments.

Bera, who services as Chairman of the House Subcommittee on Asia, the Pacific, Central Asia, and Nonproliferation, said he disagrees with Palihapitiya’s remarks during a virtual event with the Council on Foreign Relations (CFR) on Friday.

“I did see those comments, and I thought they were naive and unfortunate,” said Bera when asked about the incident. “We in Congress, Democrats and Republicans, certainly are paying attention to what’s happening in Xinjiang.”

He mentioned that Congress recently passed Uyghur legislation, now signed by President Biden, which he said “wasn’t easy,” due to “legitimate” concerns from U.S. companies doing business in China.

“You also want to be fully aware of the human rights issues that are taking place in Xinjiang,” said Bera.

In response to a question on how the U.S. business community should handle the Uyghur genocide in the context of choosing to continue to do business with China or not, Bera stated that there is always a possibility of “economic coercion retaliation” by China.

Bera detailed the fine line to walk between “how we stand up for our values, human rights, and not turn a blind eye to what’s happening in Xinjiang, but at the same time, understand that we don’t want to disadvantage our companies and others.”

The congressman concluded by saying the issue isn’t going away and that China wouldn’t take a “diplomatic off ramp” if the U.S. offered the country one.

GET FOX BUSINESS ON THE GO BY CLICKING HERE

The U.S. has acted against the genocide of Uyghurs, including Biden signing the Uyghur Forced Labor Prevention Act last month and enacting a series of sanctions and other measures against the Chinese government.

The U.S. is also planning a diplomatic boycott of the 2022 Olympic Games in Beijing over the issue.