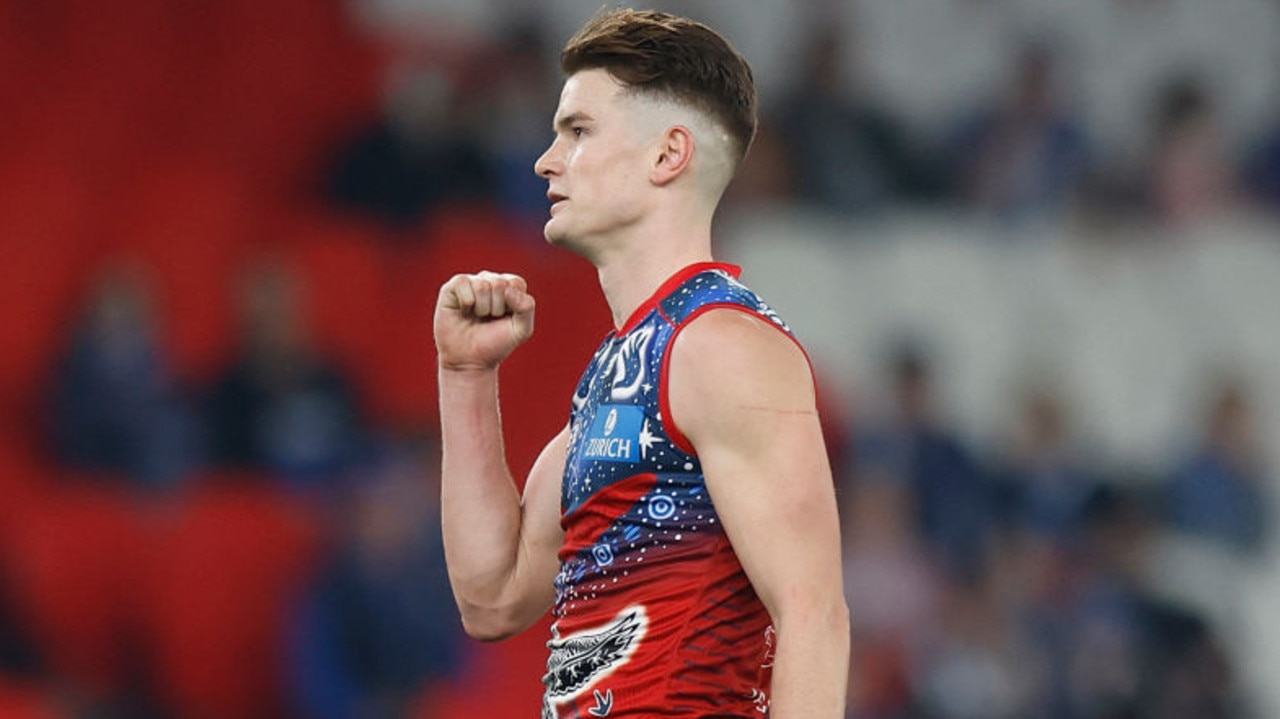 No matter the Demons’ name, they’re a darn good football side.

Re-branded as Narrm — the Aboriginal name for the city of Melbourne — in this week’s Sig Doug Nicholls Round in honour of its Indigenous history, the reigning premiers ousted a valiant North Melbourne side by 47 points at Marvel Stadium on Saturday night.

The Roos stayed competitive for most of the contest before Narrm stormed home with the last six goals of the game to run away with the comfortable victory.

And speaking to foxfooty.com.au post-match, Demons forward Bayley Fritsch said it was special to get the win as Narrm.

“Super proud of the club for coming out and being the first club to do it. To get the win as the Narrm Football Club was pretty cool,” he said.

Asked by foxfooty.com.au post-match about the significance of the re-brand,Demons coach Simon Goodwin told reporters: “Obviously it’s a great thing for our footy club.

“It was really about building education through the community, being really proud of the Indigenous culture,” he told reporters post-match.

“You speak to our players and they are just so excited to be playing for Narrm and to be that footy club.

“You see it on our polos, you see it everywhere, you see it on the scoreboard today. It’s pretty special that we are building this awareness within our community and that everyone has embraced it.

The win saw Narrm improve to 10-0 in its best start to a season since 1956 while extending its overall winning streak to 17.

But after a plucky Roos side, who has just one win in 2022, threatened throughout Saturday’s match, Fritsch admitted the Dees have to stay motivated every week no matter the opposition.

“’Goody’ (Goodwin) is massive on that, you’ve got respect every team for their strengths. At the end of the day it’s AFL footy and it’s hard to win. We never come in thinking we’re going to have an easy game, today was exactly the same,” he said.

“We grinded away throughout the day. Credit to them, they took it up to us, for the first half especially. we just kept playing our method and knew that it was going to stand up over four quarters.

“Definitely defensively in the last quarter we really put the throttle on and got offensive opportunities off the back of that.”

Fritsch finished with three goals against North to take his season tally to a club-high 22 majors and sit 10th in the Coleman Medal leaderboard.

It comes after a three-goal performance against West Coast as Fritsch was pleased to continue his impressive form.

He put it down to reinvigorating a defence-first mindset — an attitude shared by the rest of the Demons forwards.

“I was up and down probably four or five weeks ago, but I think the last two or three weeks I’ve really gotten back to defence first, and then get my offensive opportunities off the back of that,” he said.

“Just not trying to chase my game and let it come to me. I know that if I have my defence up, then my offensive opportunities will come off the back of that.

“I’ll be looking to continue to build my form and my role in the team.”