Dear Sonam Kapoor, This Person Is Missing You 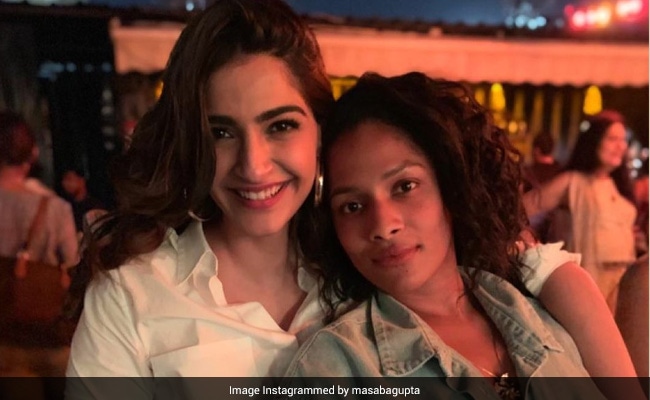 “Miles away, but never apart,” is how Masaba Gupta’s latest Instagram post can be summed up. The ace fashion designer is missing her friend, actress Sonam Kapoor, who is currently living in London with husband Anand S Ahuja. “Just miss you,” is what Masaba wrote in the caption while tagging Sonam on Instagram. Sonam and Masaba’s friendship goes way back in time. Masaba is behind some of the actress’ most stunning red carpet and runway looks. Always keeping the fashion game up, Masaba’s throwback dedicated to Sonam saw the two rock chic style.

We have often witnessed the bond between the two fashionistas. From posting heartwarming notes on birthdays to dropping sweet comments to giving shoutouts on one another’s fresh endeavours, they are always giving major friendship goals. Masaba posted a short and sweet note to wish Sonam on her birthday in June, last year.

Sonam too dedicated the most endearing post for one of her favourite designers in November. Sharing some of her fondest memories with Masaba, the actress wrote, “Happy, happy birthday my darling, Masu. Your style, chutzpah and beauty are so incredibly riveting. We’ve all grown together the last 10 or so years and if we all didn’t have each other it wouldn’t have been possible. Love you.”

Here are few more posts which are a testament to their decade-old friendship:

Masaba was last seen in the semi-fictionalised show Masaba Masaba, which was released on Netflix. The smash-hit was inspired by the lives of the designer and her mother Neena Gupta. Sonam, on the other hand, has completed the shooting for her upcoming film Blind. The crime thriller, directed by Shome Makhija, is based on a South Korean film of the same name.

Johnson & Johnson said blood clots have been reported with all Covid-19 vaccines. The author of the study they cited says they’re wrong.