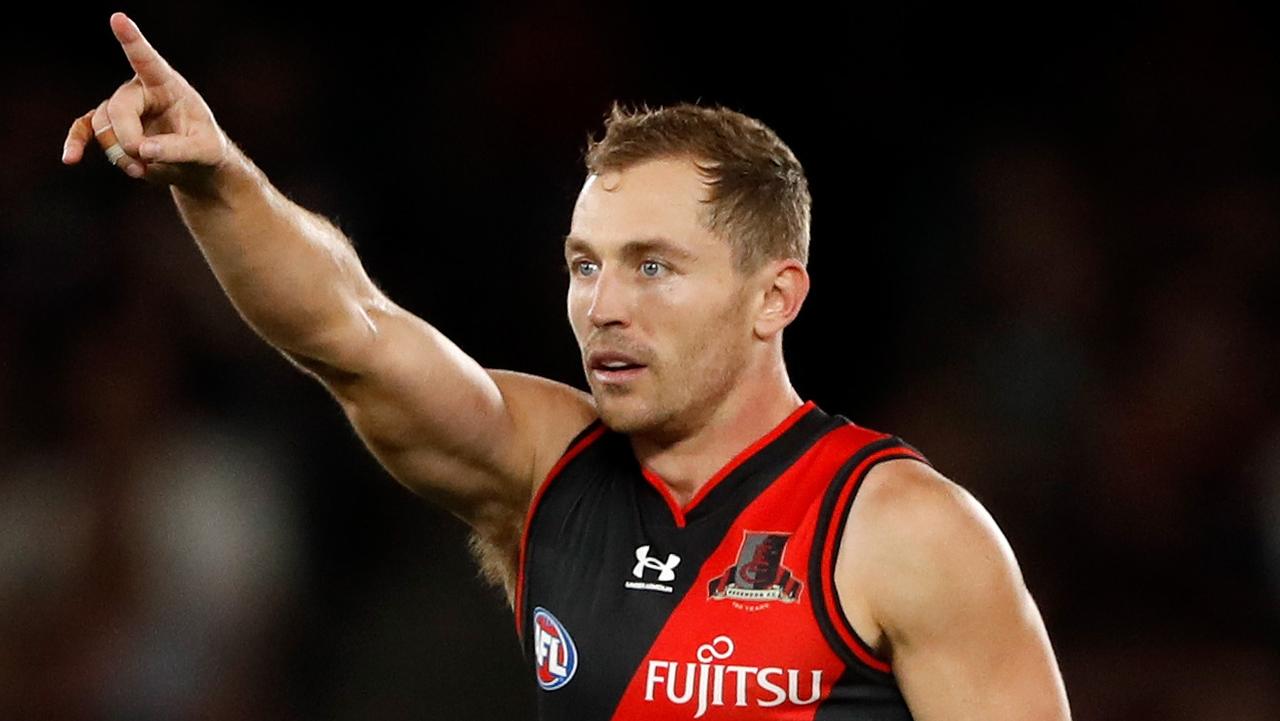 Essendon was forced into a last-minute squad reshuffle, making a whopping FIVE changes to the squad just before the first bounce against Hawthorn.

Jordan Ridley, Jake Kelly, Matt Guelfi, Alec Waterman and Sam Durham were all forced to withdraw from the game at the last minute due to illness, although it is not believed to be Covid-related.

Coming into the side for the Bombers are four emergencies: Brayden Ham, Kaine Baldwin, Brandon Zerk-Thatcher and Aaron Francis, with Devon Smith — who was facing time on the sidelines due to a knee injury — also receiving a last-second call-up.

Additionally, 2021 draftee Alastair Lord will make his AFL debut after being named as the medical sub.

The decision to bring Smith into the squad is made all the more perplexing based on Essendon’s injury report from earlier in the week.

Dons Head of High Performance Sean Murphy said on Tuesday that fans “probably won’t see him (Smith) for the next couple of weeks” due to the knee injury.

However, Essendon General Manager of Football Josh Mahoney moved to clarify the shock U-turn from Smith.

“Devon Smith, who wasn’t originally listed as an emergency, has also come into the side after putting his hand up to be available,” Mahoney said.

“The plan for Dev was for him to complete a mini-pre-season to build up the muscles around his knee. Given the situation, Dev put his hand up to play and we are looking forward to him contributing tonight.”

Lord was handed his debut after impressing in his six VFL games this season and the last-minute call-up for the youngster brought about a heartwarming moment, as he informed his overjoyed mother over the phone about his impending appearance as a medical sub.