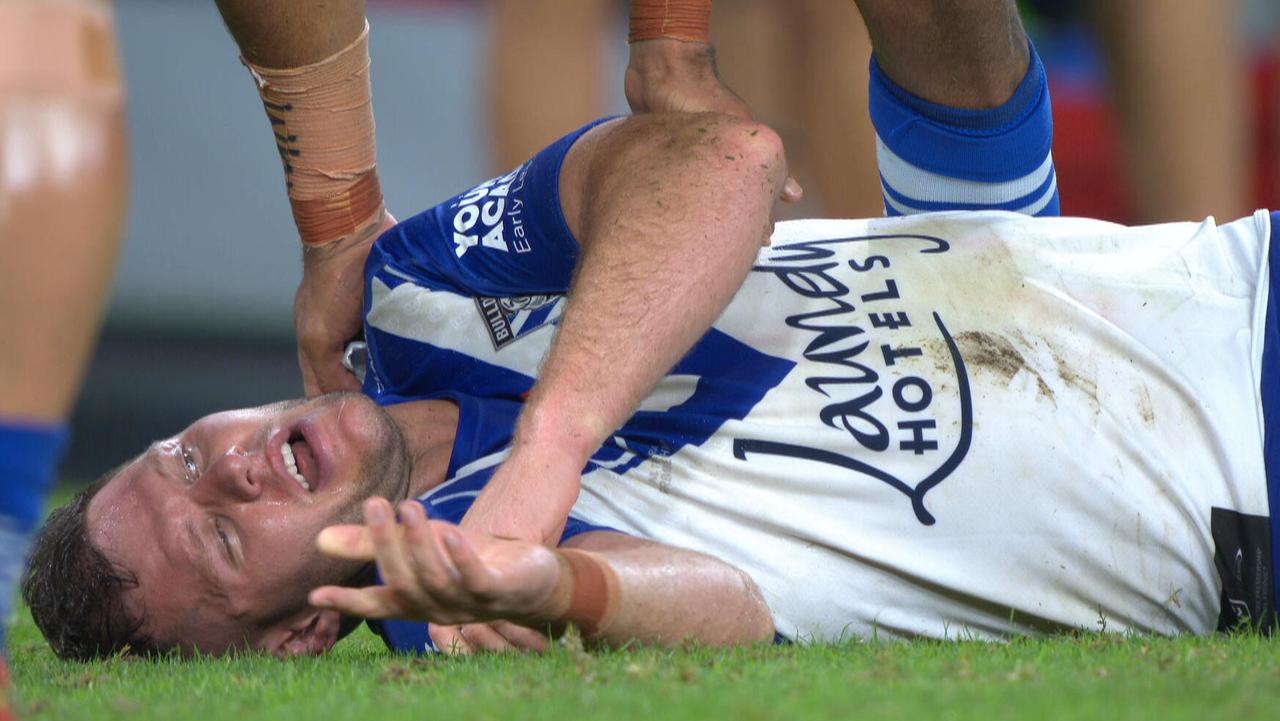 The Bulldogs lost second-rower Corey Waddell to a sickening concussion in the second half of their clash with the Knights.

Wadell had his head caught in an awkward position in a tackle on Mitch Barnett and looked to collect his hip and was concussed before he hit the ground.

Luckily Waddell was able to get up and walk off the field, but he was always going to be at long odds to pass his HIA.

“Bad news for the Bulldogs Corey Waddell has failed his HIA and will not return,” Jake Duke said on Fox League.

ROSTER REVAMP: Who Knights should target for 2023 and who’s in firing line

TOP OF THE TABLE: Who will emerge as the premiership favourite in Magic Round?

HITS BACK: Reynolds responds to claim his family is ‘seething’ at Souths