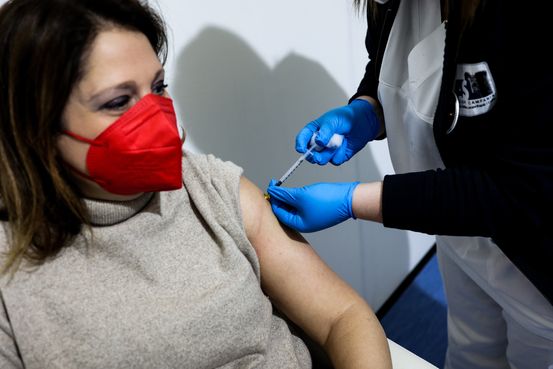 Australia, Belgium, Italy and Spain joined the U.K. and several other European nations in restricting the rollout of AstraZeneca PLC’s Covid-19 vaccine, a day after European regulators said there might be a link between the shot and rare but sometimes deadly blood clotting.

Australia’s immunization advisory body said Thursday that the AstraZeneca shot preferably shouldn’t be given to people under age 50. The country has been betting heavily on locally made doses of the drugmaker’s vaccine. Australian officials said that they would need to review their vaccine purchases and that the advice might delay how soon initial doses can be offered to all Australians.

“It is an abundance of caution, and it’s a caution that has been exercised consistent with many other countries around the world, and we would expect to see that also continue in other countries now making similar decisions,” said Prime Minister Scott Morrison.

Italy and Spain both said they would recommend the shot only for those over 60. Belgium set the bar at over the age of 55.

Liverpool’s Henry on ESL: I alone am responsible

More wealthy investors are going to cash, but millionaire bears are still in the minority

Olympic Bobsledder Who Killed Himself Likely Had C.T.E.