OTT platforms have emerged as the go to medium for entertainment amidst the pandemic. This has been further fuelled by theatres being shut during the lockdown, and people being wary of going to cinema halls as the pandemic continues to create havoc.

While some celebrities are eagerly waiting for the return of movie watching experience in theatres like before, others are quite happy with the emergence of OTT on par with theatres, as they view it as a democratisation of sorts.

Amyra Dastur is one who holds the latter opinion, as she thinks that OTT makes it about whether people like the content or not, and not about who stars in it, who is producing it and so on. She also says that she has been getting a lot more offers on OTT.

Amyra spoke to Hindustan Times about how OTT has seen a major spike in viewership and that they’re buying the best movies. She added that their original content is also going big and all the platforms have a big roster for the coming year. “The pandemic has made OTT a reality of today’s life,” she said.

“It’s now about whether people like it or not. It’s actually good to see that now people care about genuine content and not chase numbers. Who stars in it, who produced it, who backed it, all this doesn’t matter anymore,” she added.

Amyra continued, “I’m getting a lot more offers and really amazing projects, thanks to OTT. I want to announce them all, but can’t do it because some of the other news dies down because I feel that everybody is just consumed with random stuff and weird conspiracy theories around Sushant’s (Sushant Singh Rajput) death. It’s an odd time for all of us.”

She added, “OTT is the new big thing and even with theatres open, nobody is sure if the people are going to go to theatres. We don’t know if the whole concept of the big Fridays, first day, first show will be back. People may be scared to go to cinemas and rightfully so. Even box office number is going to be difficult to predict now.” 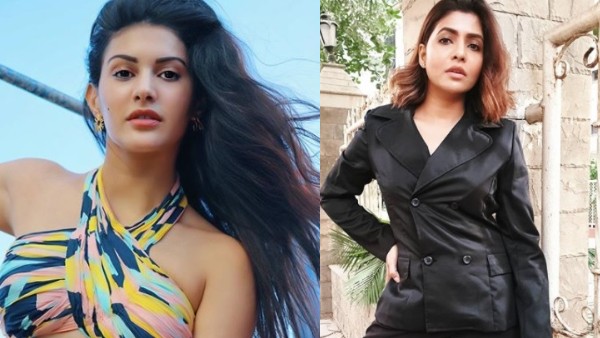 Opinion | I Wrote the Special Counsel Rules. Barr Has Abused Them.

Here’s what you need to know:Timothée Chalamet and Rebecca Ferguson in “Dune,” one of 17 films Warner Bros. will release in theaters and...
Read more

Isla Fisher: Lot of the fairytales are offensive | English Movie...