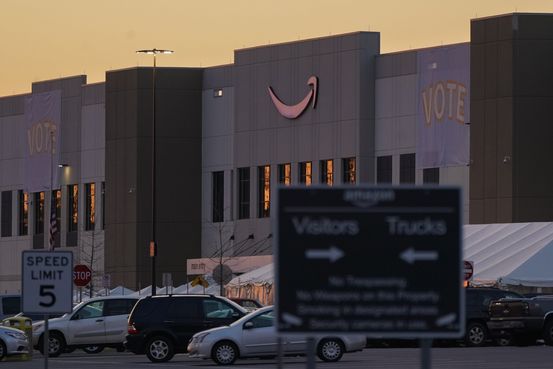 Federal labor officials have started counting the votes in a closely watched union election by Amazon . com Inc. workers in Bessemer, Ala., who are seeking to become the first company employees in the U.S. to gain union representation.

The election has drawn national attention because a vote to unionize in Bessemer could fuel other unionization attempts throughout the company, which employs roughly 950,000 people in the U.S., most at its hundreds of warehouses.

Organizers have said that forming a union would allow workers to collectively bargain over issues including safety standards, training and compensation. Some employees have complained both publicly and to the company about their workload and how the company monitors them through internal tracking systems. About 6,000 people work at the Amazon facility in Bessemer.

Amazon has said its pay and benefits rank among the best available for comparable jobs—employees are paid at least $15 an hour, more than double the minimum wage in Alabama. The company says it provides a competitive compensation package, which includes retirement and healthcare benefits that many workers appreciate.