One of Madhur Bhandarkar’s most popular films, Fashion, completed 12 years since its release today (October 29, 2020). Madhur is pleased that the film, which showed the dark underbelly of the glamour world, continues to remain relevant today. He also expressed that the film was a game changer for him, and its lead actors Priyanka Chopra and Kangana Ranaut.

On Fashion completing 12 years, IWMBuzz quoted Madhur as saying, “It makes me feel very happy. Fashion and Heroine both are films which continue to be relevant even today. If you see in the last few months, these two movies were quite talked about for showing the real and dark side of the glamour industry. I feel Fashion was a game-changer for Priyanka Chopra, Kangana Ranaut & myself as a filmmaker. It makes me feel very happy to see how both Kangana and Priyanka are doing so wonderfully in their respective work. Even Chandni Bar I feel was pretty much ahead of its time.”

On being asked if he has been following the buzz that has been created around Fashion turning 12 on social media, Madhur said, “Actually to be very honest, I am lucky to be getting messages and appreciation for these movies on other regular days as well. 12 years is a special feat and the filmmaker inside me is very happy that my work done 12 years back is making buzz even now.”

Apart from Priyanka and Kangana, the film also starred Mugdha Godse and Arjan Bajwa in the lead.

The filmmaker had earlier taken to his Instagram handle to celebrate the film turning 12. Sharing a video featuring the lead actors, he wrote, #12yearsOfFashion Always humbled by the love showered on the film. A big thanks to the Star Cast & the entire technical team.🙏 #jalwa @priyankachopra @kanganaranaut @ronniescrewvala, @mugdhagodse @iarjanbajwa arbaazkhanofficial @rohitroy500 @salimmerchant @sulaiman.merchant @samirsoni123′.” 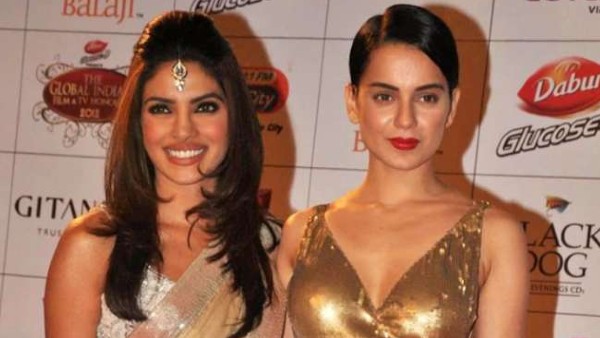 ALSO READ: Kangana Ranaut Says Priyanka Chopra Never Treated Her Like Junior On Fashion Sets; ‘She Was So Cool’

Salmon have been dying mysteriously on the West Coast for years. Scientists think a chemical in tires may be responsible

After heavy rain events each fall, the fish have been turning up dead in huge numbers before they spawn, a mysterious phenomenon that...
Read more