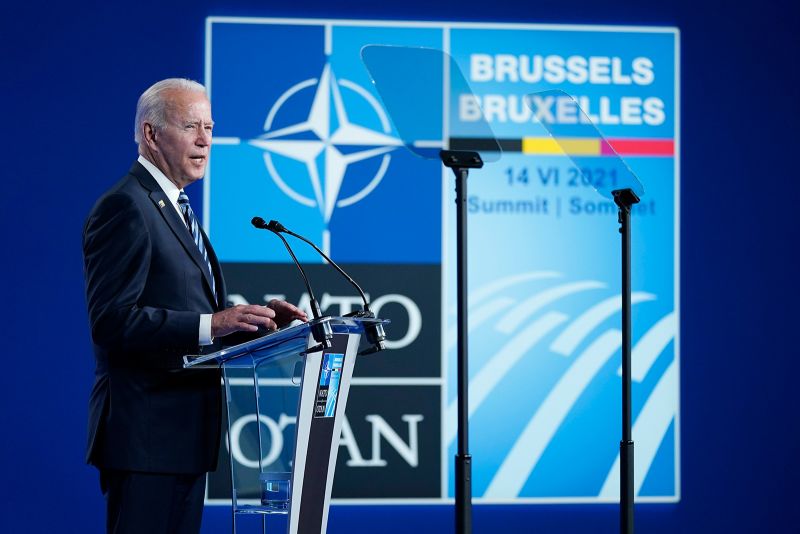 US President Joe Biden repeated a call Monday “to prove to the world and to our own people that democracy can still prevail against the challenges of our time and deliver the needs of our people.”

Speaking after his first NATO summit, Biden said it was up to Democratic nations to prove to the world that autocracies cannot deliver for their people.

“That’s how we’ll prove that democracy and that our alliance can still prevail against the challenges of our time, deliver for the needs and the needs of our people,” he said.

He said NATO members must root out corruption, guard against hatred and “phony populism,” and invest in strengthening institutions “that underpin and safeguard our cherished democratic values.”

Biden was speaking after meeting with the 30-member defense alliance, as well as a number of leaders one-on-one.

He offered a firm defense of the Article 5 collective defense clause, and said “everyone in that room understood the shared appreciation that America is back.”

Article 5 is the principle that an attack on one member of NATO is an attack on all members. It’s been a cornerstone for the 29-member alliance since it was founded in 1949 as a counterweight to the Soviet Union. Article 5 has only been invoked once: After the Sept. 11, 2001, terror attacks on the US.

Biden said there was a “strong consensus” among leaders about his plans to withdraw troops from Afghanistan by Sept. 11.

And he repeated his concerns that Russia and China are “driving a wedge” between western allies.